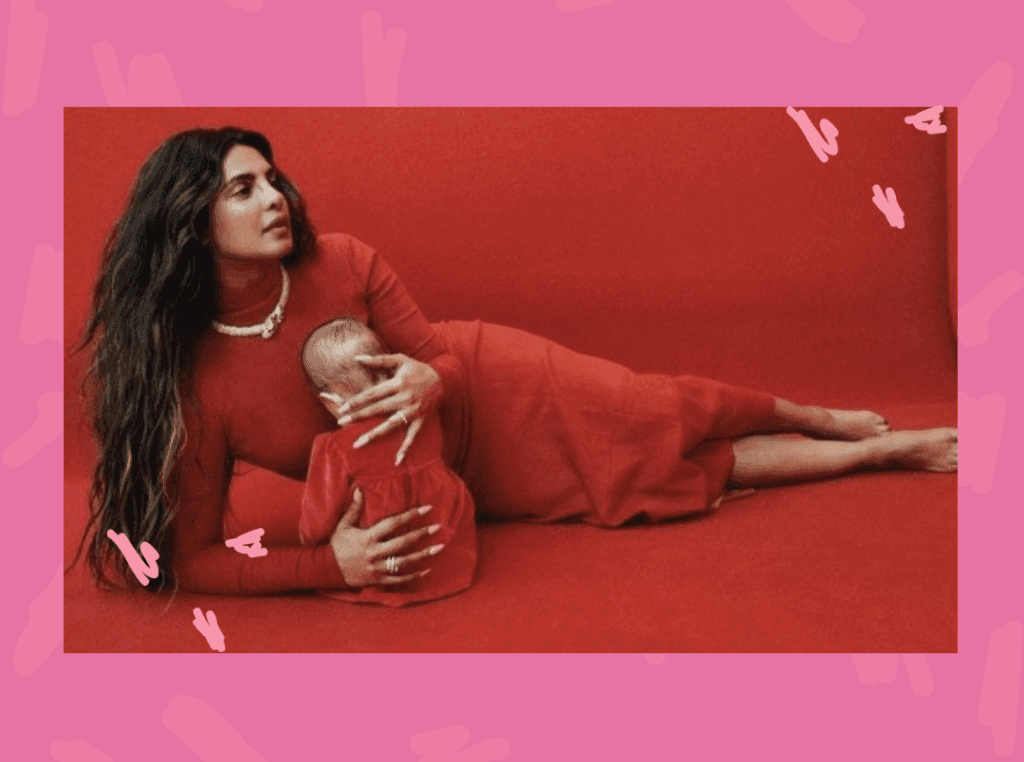 International actor Priyanka Chopra and her darling daughter Malti Marie Jonas recently posed for the first time for Vogue magazine. In fact, the actor dropped snippets from her photoshoot with her little one on Thursday, and captioned the post, “Another one of our many firsts together…#MM.”

During the interview with Vogue, the actor talked about how her life has been recently and also revealed for the first time why she and her husband, recording artist Nick Jonas opted for surrogacy and reacted to all the criticism she received following her decision. We bring you more details from her candid conversation with the magazine and what she shared about her favourite role to date—being a mother.

On Welcoming Her Daughter Malti Marie Through Surrogacy

While she prefers to keep certain information and circumstances that led her to surrogacy strictly private, the actor explained, “I had medical complications, and this was a necessary step.” The Matrix Resurrections actor also added that she was heavily grateful to be in a position where she could take this decision.

Priyanka also had a message for the Internet trolls who made a sport of theorising why she enlisted a surrogate, and added, “You don’t know me, you don’t know what I have been through. And just because I don’t want to make my medical history or my daughter’s public, doesn’t give you the right to make up whatever the reasons were.”

In fact, according to multiple studies, around 14% of couples have trouble conceiving or are unable to carry a pregnancy. There are various reasons for these health conditions to occur, and if there is a risk to the mum’s health, the doctor may clearly advise against pregnancy. So it makes sense why the actor had to look for other options to welcome her baby.

When Chopra Jonas surprised her 80 million plus followers on Instagram last January by announcing her daughter’s birth via surrogacy, the actor encountered lots of adoration but also an equal amount of rage, misogynistic judgment, and nasty speculations. The first-time mum was accused of things like “renting” a womb, “outsourcing” her pregnancy, and acquiring a “readymade” baby. One critic even speculated that the actor would never have the same maternal attachment to her daughter as compared to her surrogate.

But was Priyanka expecting this reaction? The actor said that she had already developed a tough hide when people talk about her. But this situation did leave her rattled a bit. However, this made the actor more protective about the new chapter in her life with her daughter Malti Marie. She added, “It’s so painful when they talk about my daughter. I am like, keep her out of it. I know what it felt like to hold her little hands when the doctors were trying to find her veins. So no, she is not going to be gossip.”

While neither Priyanka nor her husband Nick addressed the internet mob directly at that time due to the set of greater difficulties that they were experiencing from the circumstances surrounding their child’s health, we are happy that the actor decided to talk about the event now, and clap back at the haters who couldn’t stop calling her names for opting a different method of childbirth.

During her chat, the actor also talked about the difficulties that her daughter went through as a newborn. She revealed, “Malti had to be delivered preterm, a full trimester before her due date. I was in the OR when she came out, she was so small, smaller than my hand.”

According to the National Library of Medicine, babies born this early are considered extremely premature and incur significant long-term health issues. They need to be moved to the neonatal intensive care unit (NICU) immediately after birth, and their health is carefully monitored by doctors and nurses 24/7.

Talking about her NICU experience, the actor added, “I saw what the intensive care nurses do. They do God’s work. Nick and I were both standing as they intubated her. I don’t even know how they found what they needed in her tiny body to intubate her.”

For the next three parents, the new parents spent every single day with their daughter on their chest. The actor also revealed that at one point, she just didn’t know if her daughter would make it through these tough times.

Despite the turbulences of those early days, Priyanka and Nick were able to bring Malti back home healthy and safe, and also recently celebrated her first birthday, together with their families.

On Getting Back To Work

While the actor had taken the past year off from acting to focus on motherhood and her daughter, we will be seeing her on the big screen soon this May, as she stars in a romantic comedy titled “Love Again” with Celine Dion and San Heugan. She is also set to make a massive comeback in Bollywood in mid-2023, with her movie “Jee Le Zaara.”

Additionally, the actor is going full boss mode on establishing and taking forward her haircare brand, @anomalyhaircare, and educating consumers about using sustainable and environment-friendly ingredients and packages for cosmetic purposes.

We laud Priyanka Chopra for finally opening up about her journey and revealing the ups and downs she went through while welcoming her baby to the world. We believe her story will positively impact couples going through the same situation and encourage them to start conversations about this topic and their journey as well. 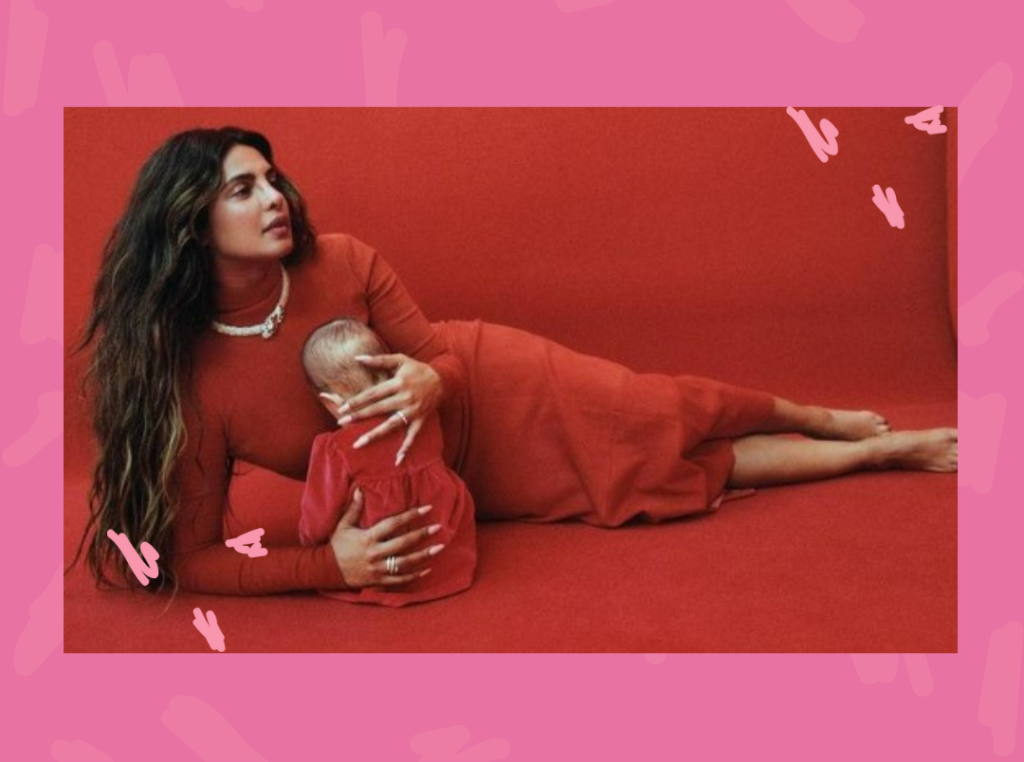