Dear Ekta Kapoor, Why Do You Want A Toxic Man Like Shalin Bhanot To Play Lover Boy?

Television producer Ekta Kapoor entered the Bigg Boss 16 house a couple of days ago and signed a few contestants for her upcoming projects. While she has given Choti Sarrdaarni actress Nimrit Kaur Ahluwalia a role in Love Sex Aur Dhoka 2, she is signing actor Shalin Bhanot as a lead in a love story that she will be producing next. Congratulations Nimrit! I am happy for you. But Shalin as a lover boy? Sorry Ekta, this isn’t sitting well with me. Have you seen season 16 at all? There have been multiple instances where Shalin has exhibited his toxic masculinity. Well, ICYMI, let me tell you why I am making this argument.

The confidence behind #ShalinBhanot‘s words reminds me of this.

A small tribute to strong women like @kaur_dalljiet !Stay strong ma’am we are with you. You have suffered a lot. Hats off to you 🙌#BB16 #BiggBoss16 pic.twitter.com/U7qTUuqUFY

Apparently, his “panel of lawyers” can sort out everything under the sun. I am sure you don’t want any remuneration-settling disputes on your hands, Ekta. Why do I say this? Maybe you missed it but I clearly saw and heard Shalin telling (read threatening) filmmaker Sajid Khan that his lawyers can deal with ‘anyone’ on this planet.

Exhibit B: When He Behaved Like A Brat With A Doctor

WTF! The behaviour of #ShalinBhanot
Who gave him authority or right to ask about degree to a doctor

By doing this he is disrespecting all doctors in this country😤
Just throw this piece of shit from the show
SYCHO, PATHETIC 🤬#BiggBoss16 #BiggBoss #BB16pic.twitter.com/4PHx6dYRZD

“You are not qualified to treat me,” was the first thing he said to a doctor who had come for his medical checkup inside the house. Nothing, just a warning that it might come to Shalin asking you for your ‘qualification’ as a producer.

Exhibit C: Shalin Is That Toxic Ex Who Keeps Crawling Back Into Your Life

He is literally doing that with Imlie actress Sumbul Toqueer Khan. He mistreated her, betrayed Sumbul and said words that were so painful that there was no turning back for both of them. But after Shalin-Tina had a fight, he went back to Sumbul for a ‘second chance’. Thankfully Sumbul, who has been a not-so-active contestant all through the season, is also done with his antics.

Exhibit D: ‘I Am Toxic & I Am Proud Of It’ Is Shalin’s Go-To Affirmation

Haven’t you seen him gaslighting his so-called love interest Tina Dutta? Well, I have seen asking him for the most while doing the bare minimum for her. When Tina became the captain, Shalin was seen taunting her. He sent her on a guilt trip whereas he should have rejoiced that his closest friend was the captain of the house. But no, Shalin took offense when Tina celebrated her win with other contestants. Problem kya hai, Shalin? This is not a movie. Stop playing Kabir Singh and don’t expect Tina to become a submissive Preeti for you.

Exhibit E: Aggression Is His Only Answer When He Can’t Think Of Anything Else

A few days ago, Priyanka Chahar Choudhary and Shalin had a fight. When he realised that Priyanka won’t take thing lying down, he threw objects to intimidate her. Priyanka, I love you for not taking this behaviour lightly. Oh and Ekta, this is not the first time he has done this. He once threw a lighter aggressively at Tina and charged at her. And I can never forget how he suggested Tina that she use her pet Rani’s death to win sympathy from fellow contestants. What for? To get people to have pity on her and make her the captain. Bravo, Shalin!

I know I have given you enough to grapple with, Ekta. Now, I can only hope that this article reaches you and I don’t see Shalin as a male protagonist who ultimately gets rewarded for his deception. Not that I expect nuance from our TV shows, but rewarding toxic men is something I can’t watch anymore.

Yours truly
An informed viewer 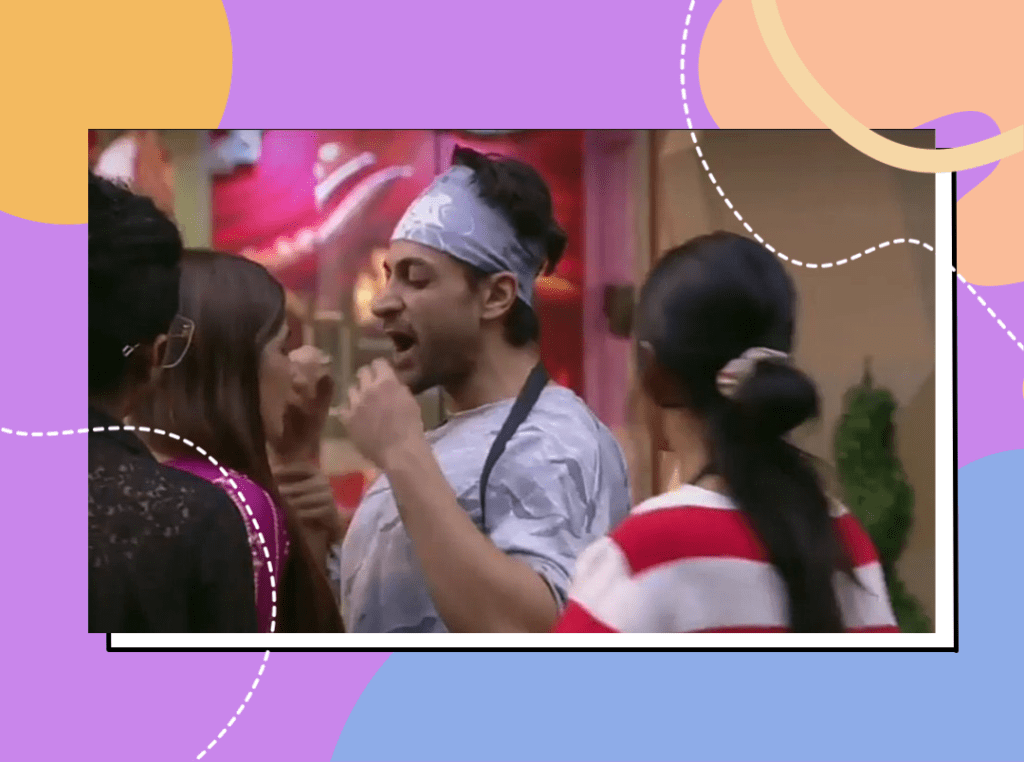